Remember how I thought I was excited to start my program tomorrow? I was wrong. It's pure nerves, doubting, anticipating, dreading. I feel like I'm on Goliath the roller coast at Six Flags. I'm on the uphill before the ridiculously scary drop and then there will be another two years of ups and downs and scary and maybe a little bit of fun when it's all said and done. Just a few weeks ago when I rode this ride for the first time I thought I would pee my pants. On the slow uphill climb I had my head in Ed's shoulder refusing to look at how high I was and tears were welling up in my closed eyes. I screamed bloody murder the entire ride only stopping to take a big breath to scream more. Just ask Ed, he hated me afterward and for the rest of the day my cousins avoided sitting next me on anything scary because they were afraid for their eardrums. That's how I feel right now. Maybe tomorrow I will feel better after my first class, group therapy. Yes, one of my classes is participating in group therapy with my cohort. Wonderful. I think it will be fun, unless I really hate some of them and then it will just be awkward. The voice in my head is saying, "Be yourself, Amanda. Don't be anyone else. Be you." I'm going to try really hard to do that, because my natural tendency is to really try to have everyone like me and to be boringly fake so that I don't stand out too much but just enough so that people say, "Oh she's nice, I like her". Does anyone know what I mean?

Telos was interesting this week. I ended up working 4 full days because a teacher got sick, so I subbed her classes. It was great fun. Two things are memorable from those four days: 1. Getting called a bitch by two different boys and 2. having one boy come to me telling me that on a hard day for him, he read the note I gave him on my last official day and it made him cry. I almost cried when he told me that (out of happiness) and I also felt a twinge of cry when the boys called me a bitch (out of being called a bitch of course). What's profound from that? Nothing really, it just made me think about emotion in general and how I handle it. There's such a broad spectrum of emotion. Like when these boys called me a bitch under their breath to each other, I didn't address it right then. I didn't want to make a scene because I had already just made one by kicking out their friend for being disgustingly inappropriate while speaking in French (I caught on because of a hand gesture and the words "peanut butter", so use your imagination). I just waited until the end of class and then confronted them. I couldn't be completely sure that they were specifically calling me that lovely word, but the context was definitely there: I am the only girl in the room, I'm barking orders at them to do their work and stop talking, I just kicked out their friend and took away his participation points, and they are whispering so I won't hear. Yeah, I'd say they were talking about me. So, when I confront them, one of them breaks out in a flurry of manipulation and is acting extremely upset that I would ever accuse him of such a thing. He is breathing hard and bringing drama to every word he says as he explains that they were just saying the word to each other, but not actually talking about me. I said flat out, "That's bull shit, tell me the truth". He went on and on about he abhors when men are disrespectful to women and that I deserve the utmost respect because I am his teacher. I am nodding my head and saying, "I hear you, I can't be sure, so I'm not going to give you a consequence, but I wanted you to know that you hurt my feelings and I expected more from you". He continues with the drama, still denying any part of it and finally the other boy who has been standing in silence cuts him off, "Amanda, I called you a bitch, I'm really sorry, I love you." AH HA! I look straight at the bull shitter and say "Thank you boys, you can go to your next class, I appreciate your honesty" as I look back at the one telling the truth. So there's that story, sorry for the language, that's just how it happened. I just found it so interesting that the two instances that almost made me cry were completely opposite. The other scenario is with this boy who really struggles with his identity, sexuality, just everything and he wishes he was not the way he is. In my note to him I told him to forget about what people think of him and to just be himself because the boy I know, I love. Something like that, just trying to get him to accept himself and love himself by telling him that I don't wish him to be any different and that he is my great friend just the way he is. And it touched him on a hard day when I had been gone a month and he remembered to read it again. It meant so much to me when he told me that because a lot of times at Telos you just have to accept the fact that the boys don't care about you half as much as you care about them. So my heart was warmed and my heart was hurt for a second this week. I've learned so much from Telos, I can't imagine going into this grad program without the experiences and growth I've had since working there.

Anyway, I need to take my own advice: be myself and love myself. This is the hardest lesson to learn for a lot of people except for the few narcissists of this world, don't worry I ran into several of those at Telos as well. Oh, the stories! I'm sure I will be ranting and rambling about all the emotional things about my program because it really helps me write things down. Maybe this post was a ramble. Good luck to everyone starting a new semester!
Posted by Ed and Amanda at 6:59 PM 2 comments:

I've always been baffled by the people who say they need "alone time". What is that anyway? And WHY? I hate being alone, I can't function alone.

But tonight I'm getting it. Tonight I'm sitting on my couch, eating Brick Oven from across the street, and watching So You Think You Can Dance with my two buddies, Pearl and Kona. I'm searching the internet for pillows in my newly improved living room and getting all kinds of ideas for projects. During commercials I'm watching my favorite clips of sytycd and listening to these two hilarious voices.

I've been going back to Telos the last three days and one more day tomorrow. It's been fun, but I sure am glad that the commitment of going there every day is over. It's a miracle that I'm finally excited to start grad school. I'm excited to be busy and to grow as a person. I've been emotional lately, more than usual, but it's fine. I think it's me secretly freaking out about my life. It's odd to think that after these two years I have the potential to have a real job and then maybe pop out a kid. Maybe move to the south or maybe somewhere totally random. Who knows.

Anyway, in the process of writing this they just kicked off the best girl on the show, Audrey and I'm pissed. I'm turning off the tv and moving on to the song I can not stop listening to, Gila by Beach House. The video is weird, but just go with it.

It's been a while, so I'm about to just blab.

Today was our first day in our new SINGLES WARD! That's right, Ed got called as the second counselor in the bishopric of a BYU singles ward. At first I was dreading it, but after going today I think it will actually be a lot of fun and I will probably make a lot of new friends.

We just got back from GA on Friday. It was a blast and it sucks to have to go back to real life again. The best thing about being there is my house. It feels so peaceful to me. I can wail on my piano, sit on the porch swing during a rainstorm, stare at the pond in silence listening to cicadas and frogs, and zone out riding in the car gawking at green everywhere. I will always love Georgia.

I am slightly freaking out about grad school. Enough said.

Before Georgia was the Christenson reunion. I survived doing the 1 mile swim in the river for Spudman and got closer with a few of Ed's siblings. We also had a testimony meeting together that was so great and I got to see another tender side of the family, which I loved.

We have been married 3 years now. We rock.

Tess comes home from Africa tomorrow and I can't wait to see her cornrows and have her here in Utah with me!

We have successfully watched 4 seasons of Breaking Bad and a lot of Olympics on our down time.

I have had a chance to reconnect with several friends in the last few weeks and it has really motivated me to be a better friend. I want to serve my friends and show them that I care about them instead of relying on them to build me up.

Eating healthy starts tomorrow. Be good this time around, Amanda.

Our landlord tried kicking us out for having a cat. Two years late and this guy can SUCK IT. We're staying and that's that. Unless anyone knows of a place in Provo under $700 that allows cats!???

That's all for now. I love my Edward, my Kona, and my Pearl. I love our crappy apartment. I love our new ward, single and excited about life. I love that I am blessed to be at BYU. I love my friends new and old. I love that Ed loves me. I love that we have fun together every single day without fail. I love being truly happy for other people's successes. I love places and people that bring me joy. And I love the gospel. 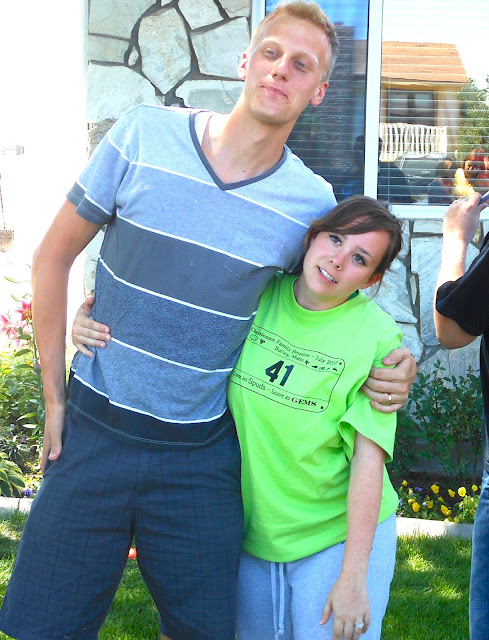 Ed looks beyond cute in this picture. 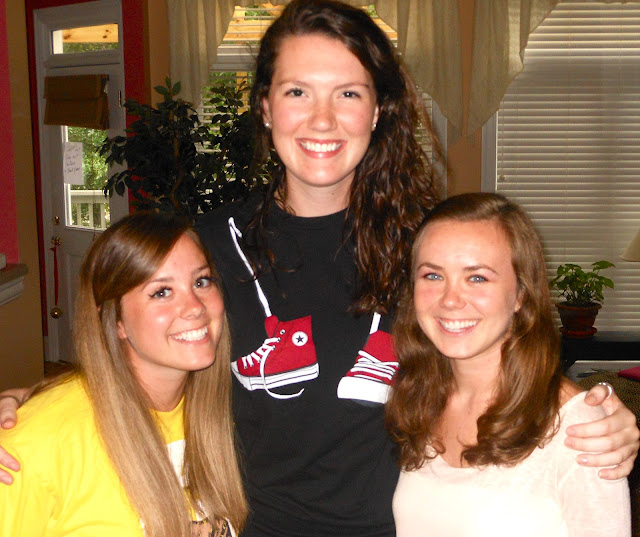 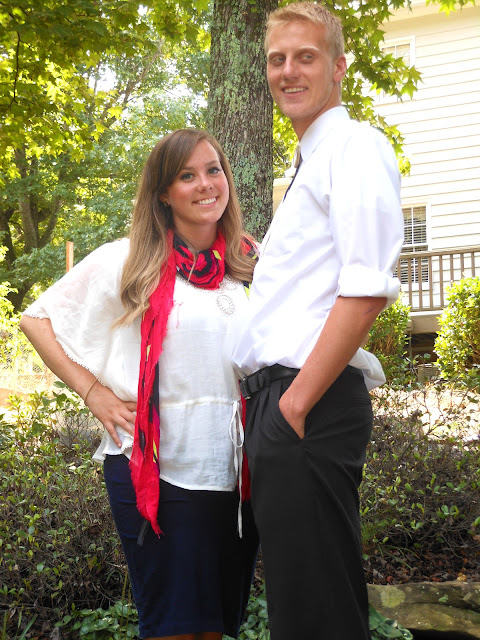 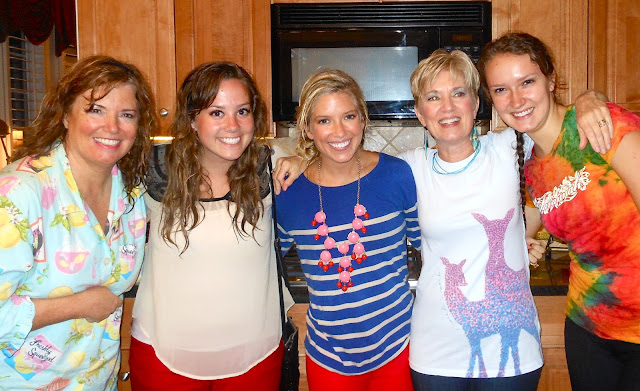