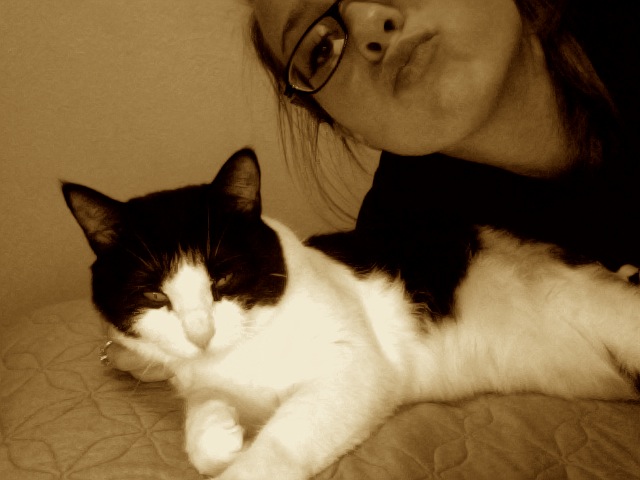 An update on life:

We have successfully thrown away $3,000 on our car. Consequently, there will be no St. Martin, not even a trip to GA. Nothing of the sort.

As a result: I am depressed, I hate car salesmen and mechanics. I covet anyone going to or even near a beach this summer and I have lost all motivations to look good in a bathing suit. Uh oh, that's not good.

Kona is getting fat, I'm burned out on my job(s), and Ed is growing a beard.

How else can I describe our life?

*The Bachelorette started, which means fun Monday nights with my girls. Although I'm not a huge fan of Emily or her daughter tagging along.
*Ed fell in the duck pond at BYU this past Monday, so classic.
*I am really into artichokes lately. I just want to put them in everything!
*I experienced my first successful run ever and it motivated me to go again. Except that was Monday after I found out the car would be another thousand and I haven't been since. Maybe next week! (which means never)
*I miss my parents and sister and Janie and Sam. Why didn't we move to GA for this 8 month break between school again?
*I'm coding real therapy sessions at the coding lab and let me tell you, it's sad. And so intimidating that I will be doing that next year. The therapists are so amazing, always saying the right thing. Validating everything. I don't know if I can be like that, but I'll have to try. The last one I watched I was crying right there in the lab.
*There are some crazy boys at Telos right now, but I love them. The other day I got to experience a rap battle between the two smallest, scronniest kids there (I'm talking 5 feet tall and under). I had to stop it due to a number of curse words, but it was actually pretty impressive. There is a hilarious moment like that every day at Telos.
*Let's just go through all three of my jobs, my ballet girl's recital is the week after next and they still can't remember it without me doing it in front of them. These are age 8 to 14 girls and we have been working on the dance since February! I need to work at a studio with girls who care. I love ballet, but teaching it to 22 girls who talk the whole time, didn't know a single step of ballet past plies until I taught them the rest of bar, and who walk in 45 minutes late to an hour class and announce themselves is just not the place for me.

Anyway, life is a little blah right now, but I'm trying to look on the bright side by focusing on the things that make me happy right now: Ed's beard, artichokes, avocados, and cupcakes, happy moments at work, spending time with friends, 2 in the morning decisions to go camping with Ed, Kona stalking me as always, having beautiful eyelashes thanks to Kelli, and vivid dreams of going skydiving and seeing Ed in an army uniform looking smoking hot. I'm trying to do my hair pretty so I can feel some sense of accomplishment day to day. Trying not to eat as much crap. Trying to thank Ed more. Trying to be a better friend. Trying to figure out my own insecurities and face them so I don't have to do so much when grad school starts. Trying to force myself to think about what it would be like to have a baby since it will probably have to happen after grad school, I've got another 2 years maybe more to think about it. Trying to journal more and succeeding. I'm actually thinking of writing a timeline of my life and including every memory I can think of from each year, just adding to it when I think of something. I'm trying people! Trying to do things I don't like to do and trying to do more of what I do sometimes. I could try a lot harder though. I think we all could.

music is a cure

i was feeling pretty down earlier today. i've been sick as a dog the last week, fever and everything. terrible. i forgot what it felt like to be sick and i do not want to feel it again. work was annoying. kona attacked me and i had to punish her by shutting her in the bathroom. had a heart to heart with ed, blahhhh. you know how those go if you've been married for a while: you always end up crying and feeling bad because you're actually telling each other the truth. the truth hurts. but then somehow later on that night you feel better because you really talked. i turned on some music and it cured me. i realized how little i listen to music these days. i just go to work and turn on the tv, no music ever. we should all have a little more music in our lives. thought i'd share.
Posted by Ed and Amanda at 9:53 PM 1 comment:

sometimes you look at your life and think, what the heck am i doing? what do i need to change? what did i need to change back in high school? what did i need to change a year ago?
it's the same old crap.
when your new years resolutions are the same 5 things every year, that's the light bulb that you're not accomplishing anything you really want to be accomplishing.
sure, you're doing other stuff: graduating from college, working,  gaining life experience, cooking more dinners...blah, blah, blah, more meaningless undertakings of daily life. not that those are meaningless, but nothing's being done about YOU.
at the risk of sounding depressed, i'm going to finish this post. whatever, we all feel like this sometimes right? i hope so. plus, i hate blogs that are always problem-less. sorry, but people don't live their lives like that.
take action. you're always saying, "i'll do that sometime. i'll work on myself later when i have time."

THIS IS THE TIME.

life is only going to get crazier. i want to be a better wife. a better friend. a better sister and daughter. eventually a better parent, therapist, grandparent. and the whole time, it all stems back to being a better individual. that sounds loopy and confusing. i'm saying, we've got these personal problems stashed in the back of our minds: self-image, confidence, anxiety, selfishness, laziness, jealousy, pride, etc. it's all different for each of us, but really it's all the same. and that whole bundle of crap plays into the kind of wife, sister, daughter, friend, parent you are. so push everything out of the way and for once, accomplish one thing to better yourself. ask for help. accomplish a goal. pray about it. study it out. put it at the forefront of your mind. you don't want to look back a year from now again and have nothing checked off your list.

life is great, but it could be better and that's up to you.

in the meantime, enjoy what you have. enjoy your amazing husband who tucks you into bed and watches 20 youtube videos of Jason Segel with you just because. enjoy your cat who hates you, but find the fun in being chased all around the house during the least expected times. enjoy your job. that's a hard one sometimes, but at least don't be wishing there's a real fire when you're out on the lawn because of a drill so you don't have to go back again to another day. enjoy this basement apartment with four different types of ceilings and the worst neighbors (who are now your landlords, joy). enjoy friends who are always there for you to vent and laugh with. enjoy the student life of hole-in-the-wall chinese and bike rides as a source of fun. there is a lot to be happy about. i have a great life and i'm so so lucky. but it's up to me to make something more of this and to improve myself. at least for the benefit of others around me.

i just took a deep breath. i'm fine. i'm writing this purely for myself as a vent and a motivator, but i bet i'm not alone in these thoughts.

stand a little taller, people.
Posted by Ed and Amanda at 10:51 PM 3 comments: